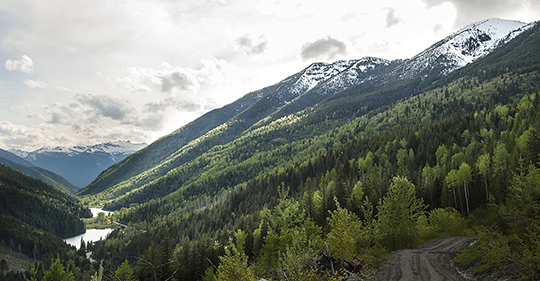 The proposed Crown land tenure for the resort town covers almost the entire area of slopes in this photograph. Fish and Bear Lakes at the bottom lie close outside the proposal.

Along the scenic Highway 31A, between New Denver and Kaslo, a developer has proposed a luxury resort for skiing and mountain biking, with a capacity for 1,750 guests a day. Gondolas would carry up to 1,500 guests a day onto London and Whitewater Ridges. 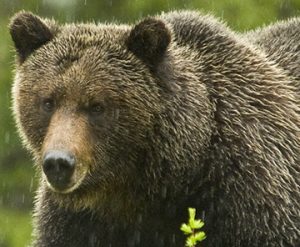 The whole area is prime grizzly bear and mountain goat habitat, and is frequently used by many residents of the region for noncommercial recreation. It also supports several commercial tourism businesses, although on a far smaller scale than the proposed Zincton Resort. 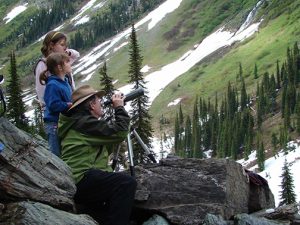 Key points from the VWS submission.