You are here: Home1 / About Valhalla Wilderness Society

The Valhalla Wilderness Society was founded in the small village of New Denver, British Columbia, in 1975. It started as a group of local residents who wanted to save the forested slopes of the Valhalla Range from logging. It took eight years of extensive involvement to win the park. Along the way, the Society became involved in efforts to attain better forest practices outside of parks.

Since then, the Valhalla Wilderness Society has spearheaded three other successful campaigns, for the Khutzeymateen grizzly bear sanctuary, the Goat Range (White Grizzly) Provincial Park, and the Spirit Bear Protection Area. VWS has played a major role, in cooperation with other environmental groups, in the creation of many other new parks in British Columbia (such as the Kitlope), has worked to expose poor forest practices in B.C. and across the nation, and has worked cooperatively with many aboriginal people on issues of environmental and social justice.

In 1987, physically and financially depleted by almost 13 years of work to create Valhalla Provincial Park and South Moresby National Park Reserve, the directors knew there was no hope for the remaining B.C. wilderness if efforts to protect it continued on a park-by-park basis. They documented, with detailed boundaries, all existing park proposals in the province at that time — most of them sponsored by other groups. The Society’s Endangered Wilderness Map amalgamated all these proposed parks to form the first proposal for comprehensive wilderness protection in Canada. That campaign gave a high public profile to the accelerating loss of wilderness, and the need for increased protection of ecosystems across the province. Coming together with the massive public demand for new parks and/or watershed protection, the Endangered Wilderness campaign played a large role in the creation of the regional (“CORE”) planning processes across the province. These processes resulted in approximately 100 new protected areas.

Unfortunately, the efforts to achieve better forest management outside of parks through these processes were a failure. The systematic exclusion of low- and mid-elevation forest from the new protected areas left 94% of these forest types subject to B.C.’s unsustainable forest practices, leaving the province in an ongoing crisis. Today, the work of the Valhalla Wilderness Society includes the international campaign to protect the northern boreal forest throughout the world, aid to grassroots groups working on watershed and wilderness issues, and support for First Nations people seeking to protect their traditional territories along with our ongoing efforts for wilderness and wildlife protection in B.C.

Since its inception, the Society has had on its Board of Directors and staff a mixture of scientific and planning professionals, political strategists, and literary and artistic talent. With this support, the Valhalla Society’s Executive Director and past Chairperson has been given one provincial, two national and three international awards: the 1992 Goldman Environmental Prize for outstanding grassroots environmental initiatives (the environmental equivalent of the Nobel Prize), the 1992 United Nations Global 500 Roll of Honour, the 1988 IUCN Fred M. Packard International Parks Merit Award, the 1993 Governor General of Canada’s Conservation Award, and the Equinox Citation for Environmental Achievement, which was presented by B.C.’s Lieutenant Governor in 1998. 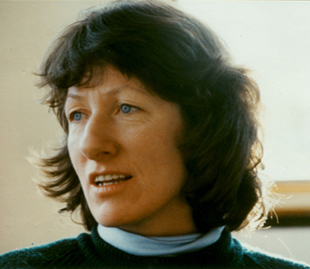 The Passing of a Warrior

“What is an Environmental Warrior?:
Reflections on the Life of Colleen McCrory”

By request:
Music source and words to Deep Peace
Song spoken and played at Colleen’s Memorial