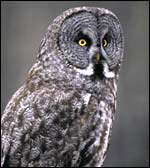 One of the primary indicators of the health of an ecosystem is the health of the wildlife populations that live there. The Valhalla Wilderness Society, and its on-staff biologists, have been following a number of species in particular, advocating for their long-term protection – protection which includes preserving sufficient habitat to help ensure the continuing survival of these magnificent animals.

The old-growth dependent mountain caribou, a cousin of the more abundant woodland caribou, feeds on lichens that grow in the old-growth forests of the Inland Rainforest. With increasingly fragmented habitat, loss of key wintering range, and competition in the backcountry from increasing motorized recreation, the population of the mountain caribou continues to plummet at an alarming rate. It has fallen from over 2,400, just a decade ago, to less than 1,900 today. Nine of the thirteen herds are declining in numbers, and six of them now have less than 50 animals. Mountain caribou, like the spotted owl, are being pushed to the brink of extinction, largely by logging practices that don’t take into account the direct link between habitat destruction and the demise of the species. VWS, along with many others, is calling for an immediate cessation of industrial logging and a restriction on motorized recreation in mountain caribou habitat.

Grizzlies, especially, are a symbol of all that is wild and free in British Columbia. Their magnificent power and muscular grace is truly awe-inspiring. Without grizzlies, our wilderness would lose its essence. VWS, largely through the work of its on-staff biologists Wayne McCrory and Erica Mallam, was instrumental in the protection of the Khutzeymateen Valley on B.C.’s northwest coast, Canada’s first grizzly bear sanctuary. VWS also pushed hard for the establishment of the Goat Range Provincial Park, in which grizzlies of a rare white-colour variation roam through mountain slopes and valleys.

A major victory was won in February 2001, when the provincial government of the time introduced a three-year moratorium banning the hunting of grizzly bears, a moratorium that polls showed 78% of B.C.’s population supported. In July 2001, however, the new provincial government repealed the moratorium and allowed the recommencement of a hunt that many independent biologists have opposed. VWS continues to work with other organizations, such as the EIA (Environmental Investigation Agency) and the Raincoast Conservation Society, to regain the moratorium on this unsustainable hunt. There is mounting evidence that the hunt should be banned completely for scientific and ethical reasons.

All over British Columbia, cougars, or mountain lions, continue to be ruthlessly hunted, often using hounds that eventually tree the animal, so that hunters can simply shoot the terrified and exhausted cat out of the tree. Hounds are sometimes fitted with radio-telemetry collars, so that hunters can send them out, and simply follow radio signals to track down the spot where the dogs have treed the cougar. Due to enormous public opposition, citizens of California gathered over 600,000 signatures in the 1990s to initiate a ban on cougar hunting, altogether. Their initiative was successful.

In British Columbia, population estimates of this elusive cat are difficult to pin down, and often government statistics rely on reports of sightings by hunters. But one thing is for certain – human pressures on the cougar and its habitat are increasing as never before, leading to more human-cougar encounters, and more cougar deaths. Cougars, as predators, are also often blamed in the decline of other species that humans like to hunt or “manage.” On Vancouver Island, the government is considering a wolf and cougar kill in order to boost blacktail deer populations. In the Kootenays, the cougar is named a culprit, through predation, in the demise of the mountain caribou, while a blind eye is turned towards decades of ruinous logging practices, which have severely fragmented habitat.

In 2001, the Friends of the Nemaiah Valley, a Victoria-based support group for the Xeni Gwet’in people, commissioned VWS director and well-known wildlife biologist Wayne McCrory to study the Brittany Triangle, a wilderness area nestled between the Coast Mountains and the foothills of the Chilcotin Plateau.

This intact wilderness supports a host of life, including grizzly bears, wild salmon, wolves, cougars, and herds of wild horses. It is believed that these horses were derived from stock that originated with the original Colonial Spanish Horse brought to the Americas in the 15th century. As these horses escaped from the Conquistadors and went wild, they spread over the grasslands of the continent.

Impressed with the biological richness of the area, McCrory recommended the Brittany Triangle be protected as mainland Canada’s first wild horse refuge. In early June 2002, the Xeni Gwet’in First Nation government declared a much larger area as the “?Elegesi Qiyus Wild Horse Preserve.”

For copies of McCrory’s report, contact Friends of the Nemaiah Valley