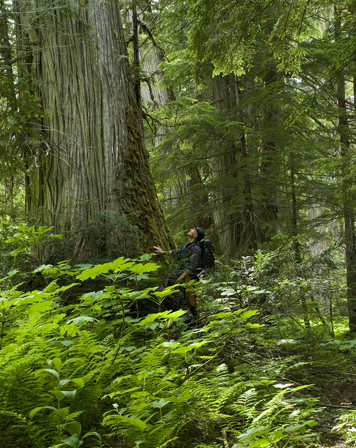 With ancient forests of the Incomappleux and adjacent Westfall and Duncan river old growth corridors, a population of about 30 endangered mountain caribou, hundreds of species of lichens, rare plants, core habitat for blue-listed grizzly bears and wolverines, and spawning grounds of the bull trout of Kootenay Lake and the Arrow Lakes Reservoir: this is the Selkirk Mountain Caribou Park Proposal. The campaign to protect the primeval Inland Temperate Rainforest of the Incomappleux Valley and connecting old growth has been ongoing since the early 2000’s. Director Craig Pettitt has aged the largest trees at 1,800 years old. The Valhalla Wilderness Society begins 2011 with the release of this 28-page report chock full of maps and colour photographs.

Nineteen environmental groups signed a joint submission (Nov/06) to the Species at Risk Coordination Office and have now declared a state of emergency. Mountain caribou populations are declining rapidly, the recovery process has almost run out of time, and the current draft Strategy is very far from what is needed to save the mountain caribou.

Crisis for Wildlife of Southeastern BC

The BC government released a report by its Mountain Caribou Science Team containing recommendations that could lead to shocking consequences. Options are presented that are based primarily upon increased killing of the predators and competitor species of the mountain caribou, with little or no new protection of habitat. 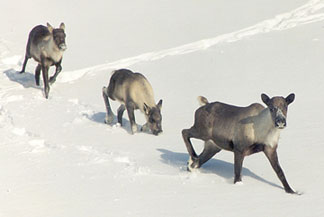 BC has the world’s only mountain caribou and they live in the Inland Rainforest Region. The mountain caribou depends upon old-growth forest for its survival. As a result of excessive logging, it is in serious danger of going extinct. With the recent functional extinction of the two southernmost herds, the Central Selkirk herd is now the most viable of the southern herds.

Forty-two biologists and botanists have signed a petition urging British Columbia and Canada to fully protect old-growth forest across the range of the endangered mountain caribou.

The last remaining habitat for a herd of 30 endangered mountain caribou in the Central Selkirk Mountains is open for continued logging in the coming year. Although the provincial and federal governments are conducting a recovery process for the mountain caribou, they have done nothing to prevent another year of destruction that will take the animals’ life support out from under them. Finally, the Valhalla Wilderness Society has proposed the Selkirk Mountain Caribou Park, as well as Recovery Areas for the rehabilitation of habitat that has already been clearcut.

Fifty-one biologists and botanists have signed a petition urging British Columbia and Canada to fully protect old-growth forest across the range of the endangered mountain caribou. 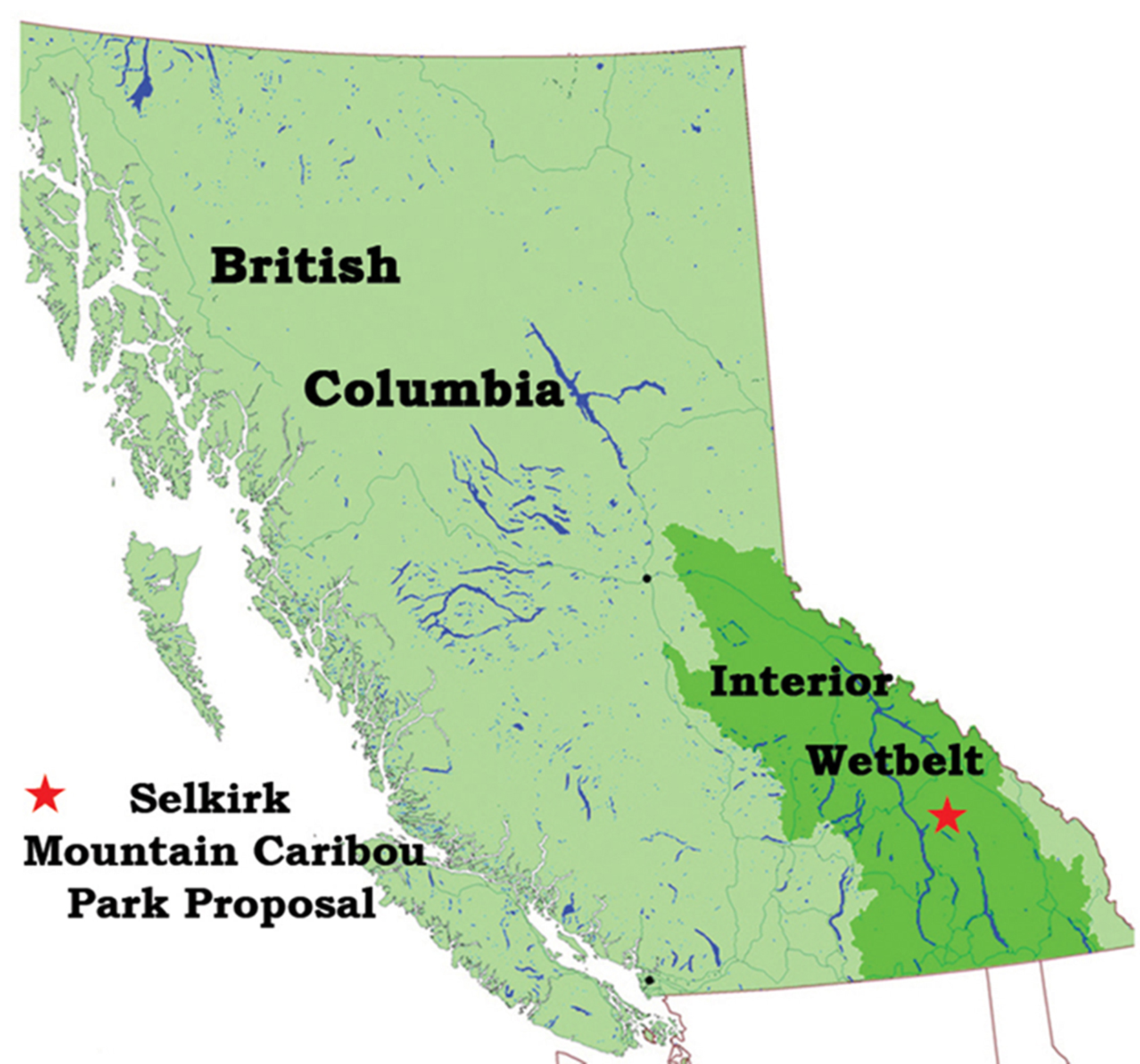 The Valhalla Wilderness Society is proposing a 156,461-hectare park in critical mountain caribou and grizzly bear habitat. This will include: 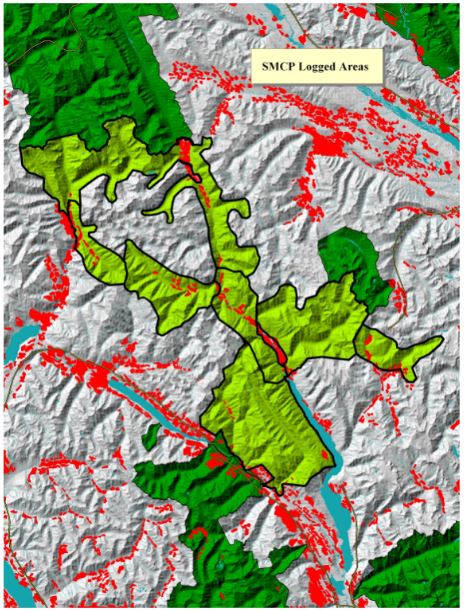 67% of the Inland Rainforest Region is forest, but only 17% of the region is old-growth forest that is intact (continuous for 1,000 hectares or more).

The northern half of the region has 2.5 times more protected, intact old-growth than the southern half.

The Valhalla Wilderness Society proposal has been designed to include rare stands of ancient cedar-hemlock forest such as the upper Incomappleux Valley. Recently, nine lichen species new to science were found there. Scientists are studying another 40 potentially new species. 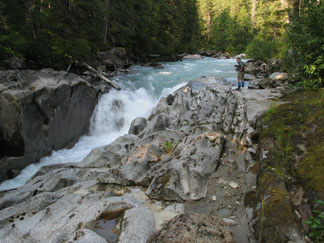 This is in the Incomappleux Valley. There was once a major caribou travel corridor in the valley, but most of it was logged and no one has seen a caribou in the remaining intact forest. Still, it is the most southerly example of rainforest in the BC Interior and it has many 500-1,000-year old trees. Evidence indicates the oldest ones may be 1,800 years old or more. Many of the nearly 300 species of lichens that live there are confined to lower-elevations and many may be wiped out if the old-growth continues to be logged. Logging has left very little of this legacy of ancient forest in the southern part of this region, and the Selkirk Mountain Caribou Park Proposal is where it can be found.