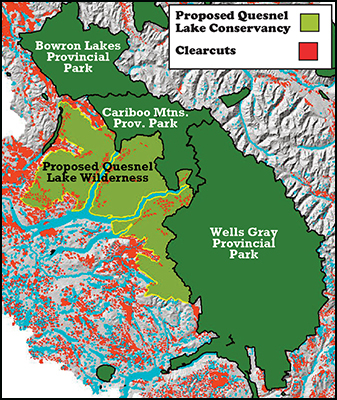 The proposed fully protected area surrounds the North and East arms of Quesnel Lake. It is an area of great significance to First Nations, endangered wildlife, and all British Columbians. As a major tributary to the Fraser River, it contributes to BC’s wild salmon stocks, including not only Sockeye salmon, but also endangered Coho salmon. Its forest is rare old-growth Inland Temperate Rainforest, critical to the survival of the Wells Gray North herd of endangered mountain caribou.

Rich with cultural heritage sites, the area is in the traditional territory of the T’exelc First Nation (Williams Lake Band) and the Xats’ull First Nation (Soda Creek Band). These are two of the four bands that make up the Secwepemc Nation.

This area is also prime grizzly bear habitat, and bears gather on sandy beaches to feed on a diversity of wild salmon and trout species. Quesnel Lake is very unique as it is thought to be the deepest fjord lake in the world. This proposal contains the largest intact body of old-growth Inland Temperate Rainforest currently known to exist.  Its position adjacent to existing parks would give wildlife a larger intact wilderness.

The Wells Gray North mountain caribou herd is one of the largest in existence, with an estimated 200 animals. The entire park proposal is federally-designated critical habitat for mountain caribou, and the Species at Risk Act says it should be protected. Unfortunately, Canada has done nothing on the ground to enforce this law. An agreement currently under consideration by BC and Canada would not stop the logging and would not protect the low-elevation old-growth forest needed by the caribou. 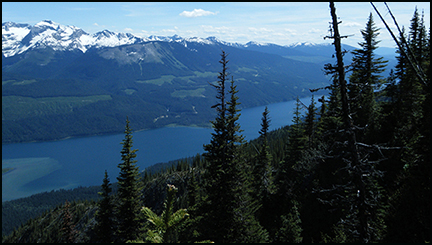 Despite some clearcutting along the lake, a strip of old-growth low-elevation forest has been left along the lake that is critical habitat for survival of the caribou. The population of the herd has been relatively stable, leading to hopes that there is enough forest left for them to survive.

The provincial government of British Columbia has designated about 50% of the park proposal as Wildlife Habitat Areas (WHAs) for mountain caribou. Unfortunately, a large amount of the WHAs allow some logging, in addition to  past clearcutting before the WHAs were created. Logging more than 30-35% of a landscape kills mountain caribou by increasing predation and reducing their access to food. The WHAs also do not protect from mining, energy or tourism development. 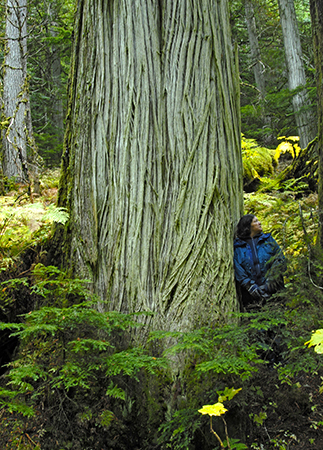 The old-growth forest has trees that may be 500 years old or more. The salmon spawn along the lakeshore and die after spawning. Their remains fertilize the lake, producing giant rainbow trout and a fisherman’s paradise. Grizzly bears and bald eagles congregate to feed on the dead fish, carrying the remains into the forest and also leaving behind high-nitrogen droppings. This has fostered an explosion of lichen diversity. Scientists estimate there are hundreds of lichen species in this forest, many of which are associated with old-growth rainforest on the coast. In 2007 species of lichens new to science were found in the forest along Quesnel Lake, as well as rare species such as Nephroma occultum. For photographs and scientific information on Inland Temperate Rainforest click here. VWS is seeking full, permanent protection.