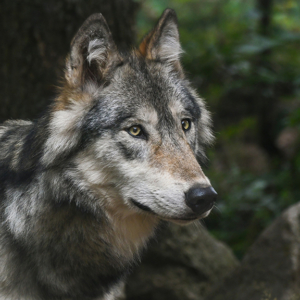 28 environmental groups, tourism businesses and conservationists have sent a letter to the BC Forests Minister, Hon. Katrine Conroy, stating urgent concerns about hunting and trapping of wolves in BC. Minister Conroy, in statements to media, has recognized the need for changes to the regulations, but suggested that they would be done in consultation with the BC Wildlife Federation (a hunter’s group) and the BC Trapping Association. She believed there were no conservation issues with regard to hunting and trapping wolves. Stating that the province’s wildlife belongs to ALL British Columbians, the signers of the letter emphasized that there are serious conservation issues involved, and environmental groups as well as nonconsumptive wildlife tourism interests should be included in future wolf management deliberations. Download the letter here.

When BC’s new Forests Minister, the Hon. Katrine Conroy, stated to the media that she would consult with the hunter and trapper organizations about “closing the loopholes” that allowed Vancouver Island wolves to be trapped, she raised an old contention that has begun to fester. Who is consulted in these issues is a good indicator of what values will be considered. If environmental groups are omitted, the conservation values of wolves, and all our large carnivores, will not have adequate representation. For years the BC government has ignored the valuable role of wolves in ecosystem health, and their contribution to nonconsumptive wildlife tourism in the province. So it was of great concern to many people when the new Minister said that there are no conservation issues about killing wolves.

Wildlife management has long been mired in an outdated mode in which some species are managed for the convenience and benefit of humans, rather than for their own survival. This is outdated because it does not take into account the ecological functions of species and the grave dangers of massive loss of biodiversity. Game species are largely managed for the select benefit of hunters, trappers, hunting guide-outfitters and ranchers; however, this also has grave impacts on the predators that hunters see as their competition.

Government management has long been dominated by “old school” biologists who see their job as manipulating the numbers of game animals to enable a certain number of hunters to bag their animal. If hunters have a hard time finding deer, elk, mountain goats, mountain sheep or moose, they demand increasing the populations of these animals by killing predators. In many cases the populations of game animals may be dwindling because of habitat destruction, or because government has sold too many hunting tags in previous years. Yet  predators are blamed and destroyed, bringing about more ecological imbalance. Another significant factor is the practice of routinely killing predators to favour ranchers with livestock, despite the fact that there have been successful programs for reducing predation on livestock.

BC today has more than 1,800 species at risk. This is part of the worldwide biodiversity crisis that scientists warn could threaten the survival of the human race. Wolves, cougars, and bears, are not only biodiversity in themselves, but science has shown that their presence protects many other species. Other species have been known to disappear when wolves and cougars are removed. It is urgent for BC wildlife management to come out of the dark ages and recognize predators as key components to ecosystem health.

Public appreciation of our large carnivores has far outgrown the fears and exploitation of the past and created a huge gap with government policies. Importing BC wolves into Yellowstone National Park unleashed a flood of park visitors and an economic windfall: the wolves brought in an estimated $35 million annually to the states of Idaho, Montana and Wyoming. Denali National Park in Alaska is famous for wolf-watching. This obviously depends on having enough wolves for visitors to see, but research has shown that when wolf hunting occurs in buffer zones around parks, wolf-viewing opportunities in the parks go down. (Borg et al., PLOS One, 2016). Not only are there not enough wolves, but they become elusive and do their hunting at night. For BC, coming out of the dark ages would mean recognizing the value of wolves to a sustainable economy while also protecting our biodiversity.

The BC government recognized this in 2018 when it banned the hunting of grizzly bears. But our wildlife policies have gone backwards for wolves and cougars, as they are made scapegoats for game species that are dwindling due to habitat loss.This has caused an urgent need for British Columbians to stand up for ecology-based wildlife management to maintain biodiversity.