Declining salmon, emaciated, starving grizzly bears, wiped out caribou herds, disappearing moose. Under a thin veneer of science and sustainability, the economic priorities of the BC government are slowly but relentlessly taking a toll on BC’s wildlife. Hunting organizations are applying intense pressure to reinstate the hunting of Grizzly Bears and increase the killing of Black Bears, Wolves and Cougars. VWS has released a 28-page report refuting their claims. 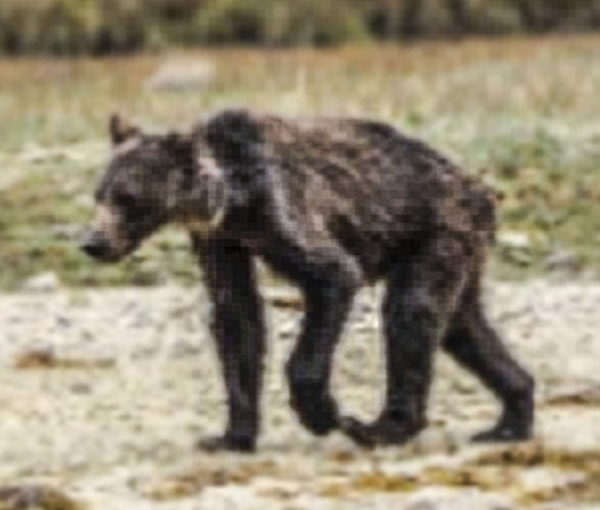 Starving grizzly bears are being seen on BC’s southern coast. A combination of climate change, overfishing and disease and sea lice spread by fish farms have caused dramatic declines in spawning salmon that were a major food for grizzlies. Salmon declines across BC will be impacting many of BC’s grizzlies. The BC government is managing for dollars and not paying adequate attention to the ecological connections of the species it manages. Photo by the Mamalilikulla guardians.