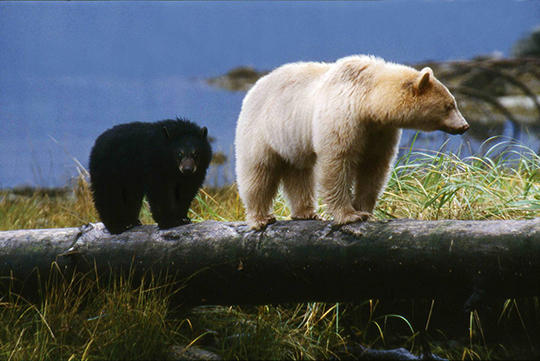 On February 1, 2016, the province and coastal First Nations announced the “final” protection agreement for the Great Bear Rainforest (GBR) on the BC coast. Since 1/3 of the GBR was protected in 2006, ten years of negotiations between the larger environmental groups, forest companies and coastal First Nations finally resulted in a GBR conservation agreement. Part of this can be found at: https://www.for.gov.bc.ca/TASB/SLRP/LRMP/Nanaimo/CLUDI/GBR/Orders/GBR_LUO_Signed_29Jan2016.pdf

There is some cause for celebration since noteworthy improvements have been made in coastal logging guidelines and in adding 10 new partially protected areas which brings the grand total of parks, conservancies and partial protection designations to 38% overall. This is near to the minimum of 40-50% full protection agreed to in 2004 in a landmark GBR-ENGO protocol. One of our favourite watersheds, The Green, will be protected, but unfortunately, Gribbell Island, mother island of the white bears won’t be. Also will be some reduction of the grizzly bear trophy hunt.
Read the full review