News Archives
You are here: Home / News Archives / News / At Long Last: IN 2018 GRIZZLY BEARS IN BC WILL AWAKEN to a SPRINGTIME SAFE... 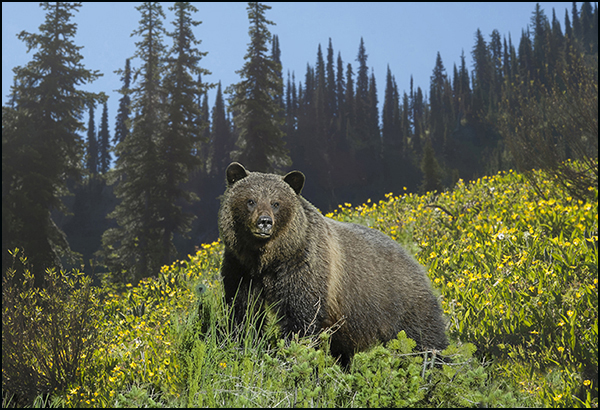 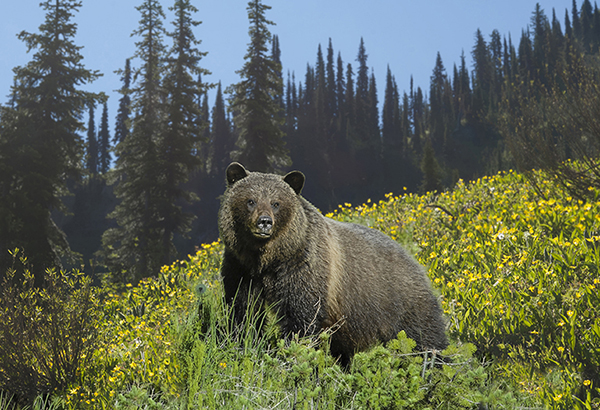 (See also: Reflections and Gratitude on the End of the Grizzly Bear Hunt, by VWS Chair, bear biologist Wayne McCrory)

The end of 2017 brought the end to all grizzly bear hunting in BC, except for First Nations’ sustenance and ceremonial use. During the election, the new government administration promised the ban for all of BC, but announced post-election that only the Great Bear Rainforest on the coast would have a total ban; the rest of the province would be subject to a grizzly bear “meat hunt”. Forty-five environmental and animal care groups, bear scientists, grizzly bear viewing businesses and artists sent a letter to government and media charging that the meat hunt was a trophy hunt in disguise. Other groups joined in direct consultations with government, and four thousand people sent emails with 78% favouring an end to all hunting of grizzly bears in BC. Finally, on December 18, 2017 the BC Government announced a complete ban, with the exception of First Nations’ sustenance and ceremonial use. This momentous decision is just cause for celebration by all. The government has also committed to implementing the recommendations of the 2017 Auditor General’s (AG’s) report on BC’s grizzly bear management. 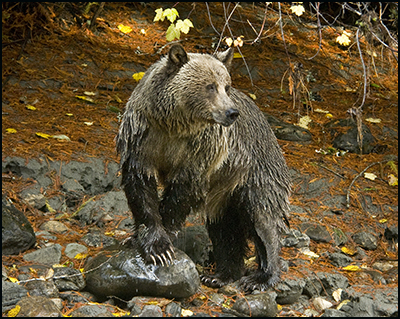 This Interior BC grizzly bear now has a reprieve from hunters after the provincial government extended its hunting ban from the Great Bear Rainforest to the whole province. In autumn she joins other bears, largely females, fishing for salmon alongside a road, where they are very vulnerable to hunters. 30% of grizzly bears killed by hunters in the autumn of 2017 were females, many of which would have been pregnant.

The Auditor General’s (AG’s) report says BC has 600,000 km of resource (mostly logging) roads, and the number is growing on the order of 10,000 km a year. Grizzly bears dwindle and eventually disappear from roaded areas because roads provide easy hunting, poaching, and increased human access to wilderness, resulting in human-bear conflicts. Because of these factors, grizzly bears avoid roads, and this displacement relentlessly diminishes their habitat.

The AG found that the government shifted BC’s Wildlife Branch in 2011 from the Ministry of Environment (MOE) to the Ministry of Forests, Lands, and Natural Resource Operations  (FLNRO). This effectively gutted grizzly bear protection, since only MOE has a legal mandate “to manage, protect and conserve” wildlife. FLNRO has a substantial conflict of interest in managing wildlife, because it’s the ministry that approves new logging and logging roads, and it is notorious for promoting maximum possible logging. The Auditor General found no evidence that FLNRO has been monitoring and evaluating Forest Stewardship Plans for their impacts on grizzly bear habitat. FLNRO has never received high marks for unbiased accounting, yet was given responsibility for determining how many bears could be killed each year by hunters. 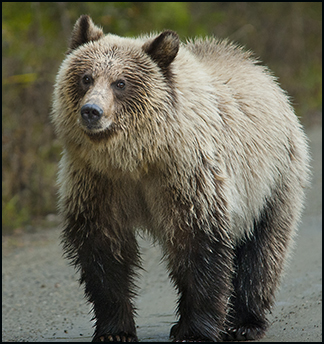 FLNRO has maintained that its kill quotas for grizzly bear hunting were “sustainable”, a claim backed by several appointed panels of biologists. Yet other highly respected wildlife biologists have opposed grizzly bear hunting for decades, saying the calculations were unreliable because they were based on too little data. The BC Auditor General’s report on grizzly bear management confirmed the uncertainties:

“Given the uncertainty that exists in estimated population sizes, unreported mortalities and the sex and age of those grizzly bears killed that are unreported, we expected government to be setting a harvest level that was conservative …. However, in practice, government has mostly used a higher maximum mortality rate of 5 to 6%.” (Page 39, “An Independent Audit of Grizzly Bear Management”.)

Why did it take an Auditor General to acknowledge the validity of concerns about the hunting quotas, when a number of scientific papers had documented the flaws? Behind all these claims lies a still-snarling storm over grizzly bear “science”, and a serious future danger to the bears.

Too many politicians, bureaucrats and wildlife biologists, still see their jobs as manipulating wildlife populations to serve hunters. Yet the reality of the 21st century is that BC has over 1,500 species at risk, and scientists are warning of a massive extinction spasm in which half of all species on Earth could eventually be lost. In such a crisis situation, wildlife management should be aimed at species survival and ecosystem health, not maximizing game animals for hunters. A government committed to implementing the AG’s recommendations and protecting the bears can not afford to ignore conservation biology.